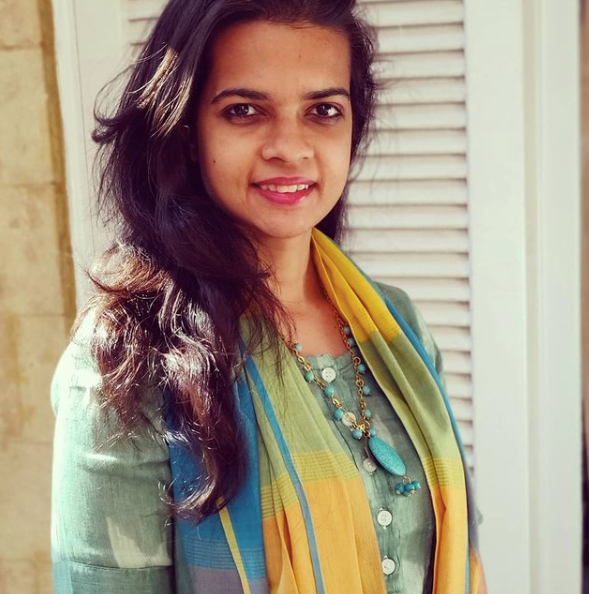 Arushi has been involved in building sustainable crafts’-based enterprises for the last 12 years.

She is an Economics graduate from Mumbai’s St Xavier’s College and a post-graduate from NIFT. She began her career with WomenWeave, an NGO working for the advancement of women handloom weavers in Madhya Pradesh.

From 2012-mid 2015, she headed the Enterprise Support and Craftmark Programs at the All India Artisan and Craftworkers Welfare Association (AIACA). She and her team conducted many successful design and technical intervention with crafts from across the length and breadth of India. Significant amongst these was the crewel embroidery project with INTACH J&K, design development of the craft of “bandhani” funded by Ford Foundation and the successful revival of the Mubarkapuri weave of Uttar Pradesh.

In the commercial space, Arushi has been part of the founding product teams for craftsvilla.com and Aditya Birla’s curocarte.in.

She is also a self-taught natural dyer and her developments in the field of marigold and rose flower dyes for Adiv Ltd are today carried by international brands like Eileen Fisher and Dosa.

She has been visiting faculty at STF Zurich and Ashoka University Delhi.

Over the years, she has seen the handloom and craft sector move from a sunset industry into a dynamic, thriving sector. However, while crafts like Maheshwari, Chanderi and Banarsi have prospered, there are many unknown crafts in little corners of India that are breathing their last.

In 2017, she set up LoomKatha to work towards the development of these crafts. Today, LoomKatha is working with close to a 100 weavers in 3 states of India. Its flagship project is the Himroo Revival Project. In 2 short years, LoomKatha has been able to resuscitate this nearly extinct weave and bring it back to market.

Arushi is an Acumen India fellow and was awarded the Acumen Emerging Young Talent Award in 2017. She also won the Emerging Women’s Social Enterprise Award given by Fondation Chanel at WomenDeliver 2019, Vancouver. LoomKatha is an incubatee of the AIC Banasthali under Niti Aayog, GoI and a member of Aspen Insitute’s Artisan Alliance.